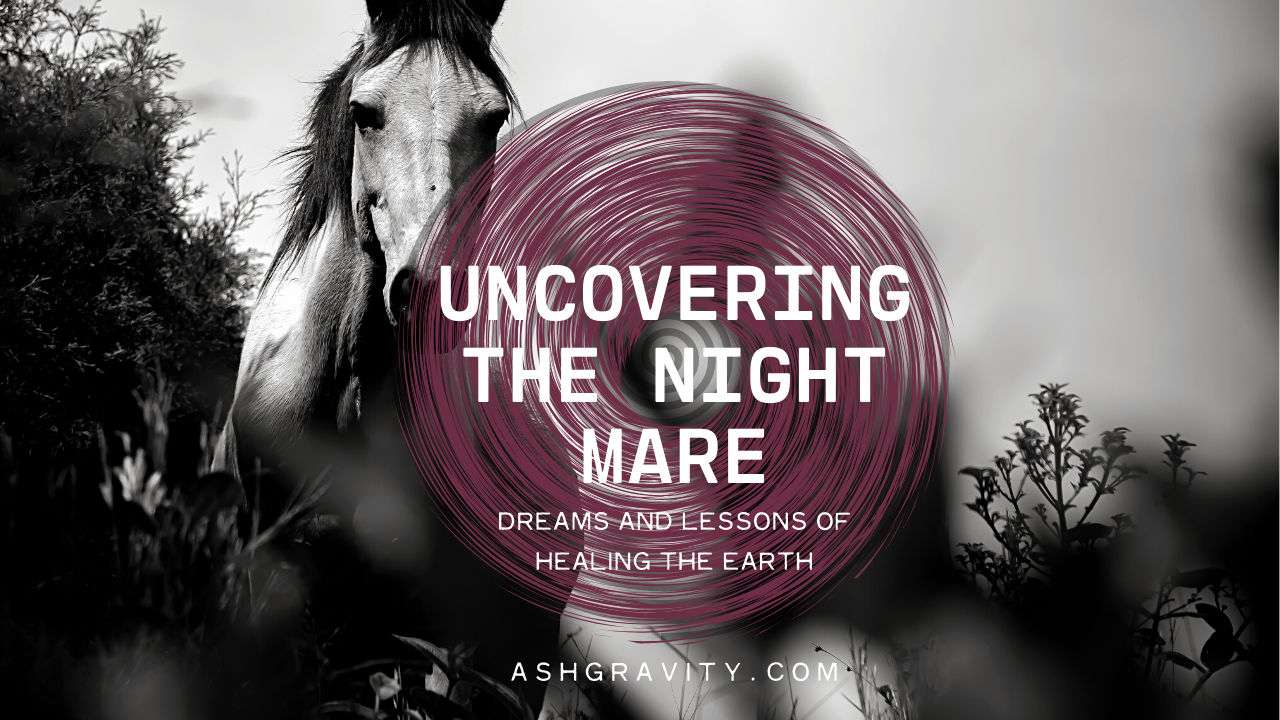 My father and I were traveling together and entered someone’s house. At first I thought the house was abandoned, but we realized that there was a man living there. My father and this man were talking to each other but I couldn’t focus on what they were saying because an overwhelming image came over me. I knew there was something not right about this man or this house.

I could see into the basement. It was dark and wet. There was a hollow deeper than the floor, a pit where dead, bloody feminine bodies were thrown.

And I knew it was this man who my father was speaking to, but he did not know it. So they continued talking about things that did not matter. The weather or directions to get to a local attraction. But I knew. I stood there knowing.

I woke up in the morning and grabbed my phone to write down my dream from the night before. Oh I thought to myself as the images flashed through my mind I don’t want to remember that one and put my phone down. Maybe I need to cut back on the true crime, I thought as I rolled out of bed and down the hallway to take my pills.

The dream could not be forgotten. The image lingered in my mind as I walked my dog, Thistle, around the block. It popped back into my head as I made my coffee and put the dishes away.

I worried that I was going insane. That there was something seriously wrong with my brain. That I might have to go somewhere. What kind of sick person dreams of things like this? What am I becoming?

My black and white body glistens in the sun as I step into the ocean. The front part of my body is submerged up to my withers, the rear is lightly exposed, waves rolling over me lightly. I stand here in this salty water preparing to be cleansed. A woman in blue robes arises from the water before me and caresses my face, my ears, the hair on top of my head.

Your shoes are no longer needed, your feet may fully touch the ground

The steel shoes on my feet fall into the sandy ocean. We walk out of the water and onto the shore. She places a wreath of flowers around my neck before we go our separate ways.

Each morning I pray at my altar and take time to channel and connect to my ancestors and guides and the morning of the nightmare was no exception. I frequently see and connect to horses in my journeys but have never been a horse myself.

The mare à la mer. The mare by the sea. I wondered about the connection between these words, if there was any at all.

The day went on but in every moment of stillness I found the disturbing image from my nightmare to return. I hadn’t told anyone about what I had seen and it was weighing on me. I knew night would come soon and I would have to fall asleep again. I worried that it would come back again.

To distract myself from this image I searched for the etymology of the word mare, which has three definitions. The first, of course, is a female horse over the age of three. The second use of mare is to describe the broad, dark area of the Moon, which Galileo guessed were seas. In this use the word mare derives from the Latin word for sea.

The third use of the word mare comes from Old English, to describe an incubus or night-goblin that rides on people’s chest while they sleep to bring them nightmares. Immediately I remembered a painting I wrote a paper about in college, The Nightmare by Henry Fuseli, where a woman in deep and sensual slumber is trapped by a demonic figure and overseen by a dark horse.

It seemed that the nightmare was not meant to frighten me, but to bring my awareness to something deeper and more interconnected. 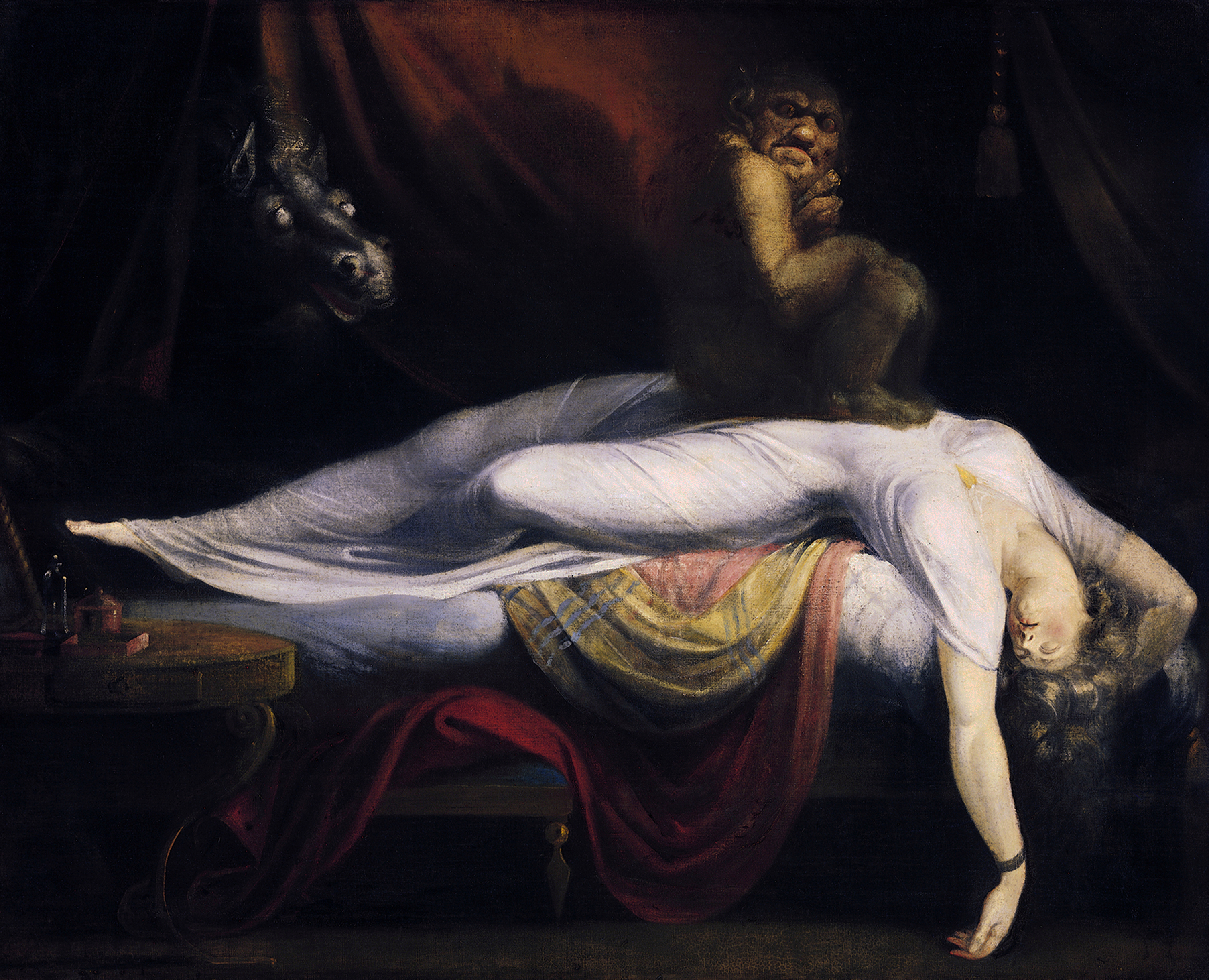 “I think I’ve always felt like that since I was a child,” I told my mom as I recounted the dream and subsequent channeling to her. “That I could sense the harm inflicted on the Earth and the way we were not caring for it the way we were meant to. I felt like I could sense it and speak about it but no one cared or listened. At first I blamed dad, then I blamed patriarchy, then I blamed capitalism. I wanted someone to put my anger on.”

As I spoke I could see how my father, the men who were ignoring the dark secret in the basement, represented those who I blamed for what was happening to our planet. How the disturbing image of dead bodies in the basement represented not only the way I felt the Earth had been treated and discarded, but the way the feminine in all of us has been oppressed, hidden, and buried.

My interest in ecofeminist thought began two decades ago when I was exposed to the work of Rachel Carson, a marine biologist and writer who wrote about the dangers of pesticide use in 1962. Growing up on a farm in rural Iowa, I sensed as a child that there was something wrong with the way we grew corn and soybeans and approached agriculture. I sensed that we were not working with the Earth but working against it.

It was, looking back, quite a heavy load for a young child to carry and many of my early memories are of me sitting underneath a tree talking. I was lucky enough to have a mother who told me that my ability to communicate with plants, trees and animals was very real, as she did this herself. I always knew that nature was alive and imbued with Spirit, which is why it was so confusing and painful for me as a child to know that we were harming these Spirits.

In twenty years of environmental activism and a decade of working within the environmental movement, I saw how the belief that Nature is Spirit embodied is still systematically rejected within the environmental movement as a silly and childish idea. I now understand that this is rooted in the oppression of Indigenous people and Indigenous ways of knowing and working with the Earth that this oppression is continued in the name of science and conservation that serves the agendas of White Supremacy, Capitalism and Patriarchy.

In my attempt to work on behalf of the Earth and to repair the damage I felt had been done by my lineage, I came to learn some hard but valuable lessons. At the heart of everything I learned, which I will have to explore with greater depth at another time, was the realization that Human healing is essential to Environmental healing. So much of my desire to heal the Earth came from a place of righteous anger and a desire to blame people outside of myself, primarily men.

I had a right to be angry, but as long as my anger and work as an environmentalist was solely directed outside of myself I was avoiding the work of identifying and healing the shadows I inherited from the harm done by my lineage and the disconnection so many people of European descent in America feel towards Nature. My sex at birth did not absolve me from this shadow work. I now understand that my own internal and lineage healing is just as important as my ability to show up at a protest, to hold corporations accountable for the harm they have done and reduce my personal footprint. As the messages from the dream world show I am both the wound and the healer, and I believe all humans are.

As tidy as it would be for me to synthesize this into a single blog post the reality is that these threads have woven the fabric of my life and my work as an astrologer and lineage worker is an extension of my work in the environmental movement.

I’ll be sharing more about the role of astrology in connection to this work in my upcoming Cycle Breaking Astrology Masterclass on February 6. Learn more and register here.