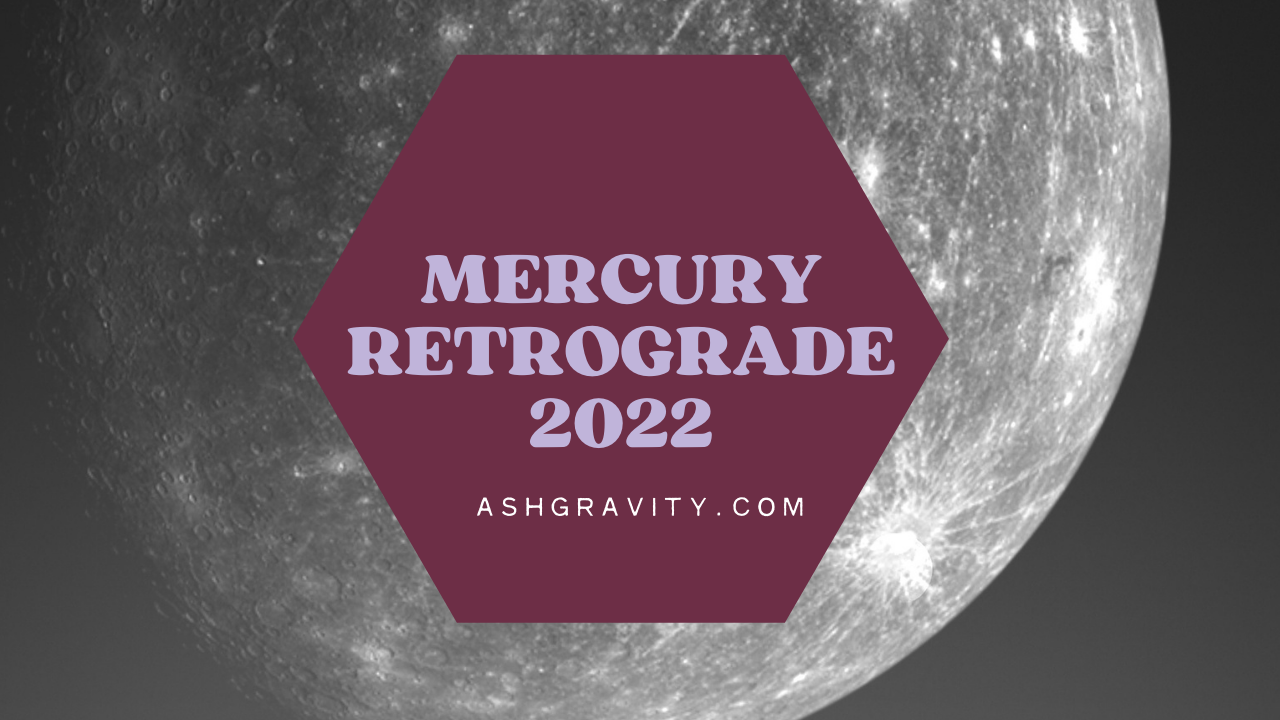 Every year Mercury stations retrograde three times. While this regular event has become synonymous with frustration, technological issues, and a sense of overwhelm that comes with losing control, the purpose of Mercury retrograde is to give us time to reflect, review and process information. These are transits for changing our minds.

Mercury is the celestial guide in charge of message delivery. In a time when almost all of our communication is delivered digitally, this planet has a lot to say about how we use social media, email, and cell phones. But Mercury also plays a role in what is trending, since whatever is trending is what people are talking about. It plays a role in banking, theft, education, the overarching philosophy of a time. Mercury rules over the divinatory arts and scientific discoveries. This is a planet that touches a lot.

I like to think that Mercury is reminding us of their importance every time Mercury stations retrograde as a way of saying, “Hey, don’t forget about me. I’m in control of a lot—you actually can’t live your life without me.”

As I’ve become more aware of Mercury’s cycles, I’ve learned not to prepare for Mercury retrograde because these transits exist to remind me that I’m not in control of the wheel all of the time. I need to loosen my grip and trust the Universe, even when I can’t see where the road is taking me.

This is one of the hardest things for us to do, I think specifically as Americans, who are so obsessed with being certain, sure, and in control of our fate. We are a society of doing and conquering and when planets station retrograde it flies in the face of the belief system we hold so tightly to. We have to face an uncomfortable reality: We don’t know as much as we think we do, and we don’t have as much control as we think we do.

In 2022, Mercury’s journey is about navigating the space between what is intangible and what is tangible. How do we make what is invisible visible? How do we know if something is real if we can’t hold it in our hands?

Mercury usually makes its retrograde through an elemental pattern over the course of the year. We can look at the element(s) Mercury will station retrograde in to understand what we will be collectively reflecting on, processing and rethinking over the year.

This year we are navigating the boundary between two elements: Air and Earth.

Sometimes Mercury takes a retrograde journey through three signs of the same element, which is what happened in 2021 when Mercury was retrograde in the three air signs: Aquarius, Gemini and Libra.

Other times the elemental patterns of Mercury retrograde happens across the boundary of two elements. In this case Mercury will station retrograde in one sign and then re-enter the preceding sign, activating two elements through its journey. When this happens it can create a sense of looking at things from different angles, bridging a gap between approaches or looking at what happened in the prior year to prepare for what might occur the following year.

For example, I am writing this on January 14, 2022, which is the day Mercury began its retrograde journey at 10° Aquarius. Mercury first entered the air sign Aquarius on January 2 after departing the preceding earth sign Capricorn. Mercury will re-enter earth sign Capricorn on January 26 and station direct on February 3 at 24° Capricorn. Then Mercury will ingress into air sign Aquarius for the last time this year on February 14. So this Mercury retrograde’s elemental pattern is Air-Earth.

In 2021, Mercury was retrograde in the three air signs. The element of air relates to communication, technology, electricity, thinking, wind, breath—when I think about the element of air I think about trust. We have to have faith that something is there even if we can't always see it. Air is normally invisible, and this is part of what makes it powerful. Wind can create an eerie stillness that has the power to wipe out a landscape. Our thoughts are invisible but dictate our actions. The way our nervous system is functioning is related to how stable we feel.

One of the ways I saw the three Mercury retrogrades in air signs manifest in 2021 was a growing fascination and collective literacy around the nervous system and how we can make decisions about our life based on what would best serve our nervous system and mental health. Part of this was out of necessity—in an Age of Air nervous system activation is more central to our daily life. We are thinking a lot. We are stressed. We are always expected to respond—and this is not the way humans evolved to exist in the world.

With the rollout of the vaccine to treat a respiratory virus, many people were forced to question their trust or faith in new technology. Many conversations were had collectively and individually around this. Workplaces grappled with decisions of whether to remain completely virtual or go back to in-person working.

Air is also related to decisions, and 2021 was a year of making decisions to do or not do things based on the information that we had available to us at any given time, which was often changing. Then we were required to reflect on those decisions and potentially make them again.

Amongst many issues addressed in the U.S. President Joe’s Biden executive order on the economy, one of the most notable components was a plan to address surveillance and mergers of Big Tech companies. When we look back at the events of 2021, we can see that decisions around tech industries and health related technology made major appearances in alignment with the Mercury retrograde cycles.

While Mercury was retrograde in Aquarius we were discussing the aftermath of the 2021 United States Capitol attack and how it had been planned publicly online for weeks. This was also the beginning of the vaccine rollout in the United States and by the next Mercury retrograde cycle in Gemini vaccination rates were rising while case counts were dropping. But by June 22, when Mercury stationed direct in Gemini, there was growing concern over the efficacy of the vaccine against the Delta variant. During this time El Salvador also made news for being the first country in the world to make Bitcoin legal tender.

During the Mercury retrograde in Libra cycle Facebook announced that they were rebranding as Meta. NFT’s exploded into a $40 billion market in the second half of the year, inviting as to ask questions about the value of digital assets and how you can *own* something that only exists digitally. By the end of 2021, many people who are paying attention to what is happening are looking to invest in Metaverse property, otherwise known as digital real estate.

The Age of Air

While we are discussing Mercury, it’s important to note that what we were talking about and reflecting on in 2021 was also a part of an even bigger astrological transition: The shifting of eras.

When the conjunctions shift into a new element this is called the Great Mutation and it marks the end of one era and the start of a new one. Each era lasts roughly 200 years

The beginning of the Age of Air was December 31, 1980 when we had a Jupiter-Saturn conjunction in air sign Libra. This is around the time when IBM released its personal computer, which was the first PC to gain widespread adoption. This was the beginning of changing from communication and recording things in tangible ways towards digital or intangible ways.

The Mercury retrogrades that occurred in 2021 were inviting us to adapt our thinking, technology, and communication to this new 200-year era.

The Jupiter-Saturn conjunctions of the Age of Air are as follows:

An Age of Water will follow the Age of Air, which begins with the Jupiter-Saturn conjunction in Scorpio on December 20, 2159.

The Role of the 2022 Mercury Retrograde Cycles in This Transition

While we have transitioned into the Age of Air, we are still navigating this transitional time. While we felt the pressure to adapt to this cerebral, mentally and nervous system stimulating time throughout 2021, we are still adjusting to a 200-year shift and this is not something that happens overnight.

The element of earth is about what is tangible, physical, and seen. When you think about the ground that is beneath your feet, there is no question that it exists. It is there. You can feel it. You can see it. You can touch it.

When you think about the air that you breathe, it’s not the same. You have to trust that it is there without seeing it. If you’ve ever had a panic attack and felt like you couldn’t breathe, you know what it feels like not to trust something because it is invisible. This is part of what the Age of Air asks us to do.

We are currently standing on a bridge with a sense of something underneath our feet, but we know that there is a vastness of air underneath us. We can feel the bridge moving in the wind and as we navigate the Mercury retrograde cycles of 2022 we must ask ourselves, how will we revision what is real?