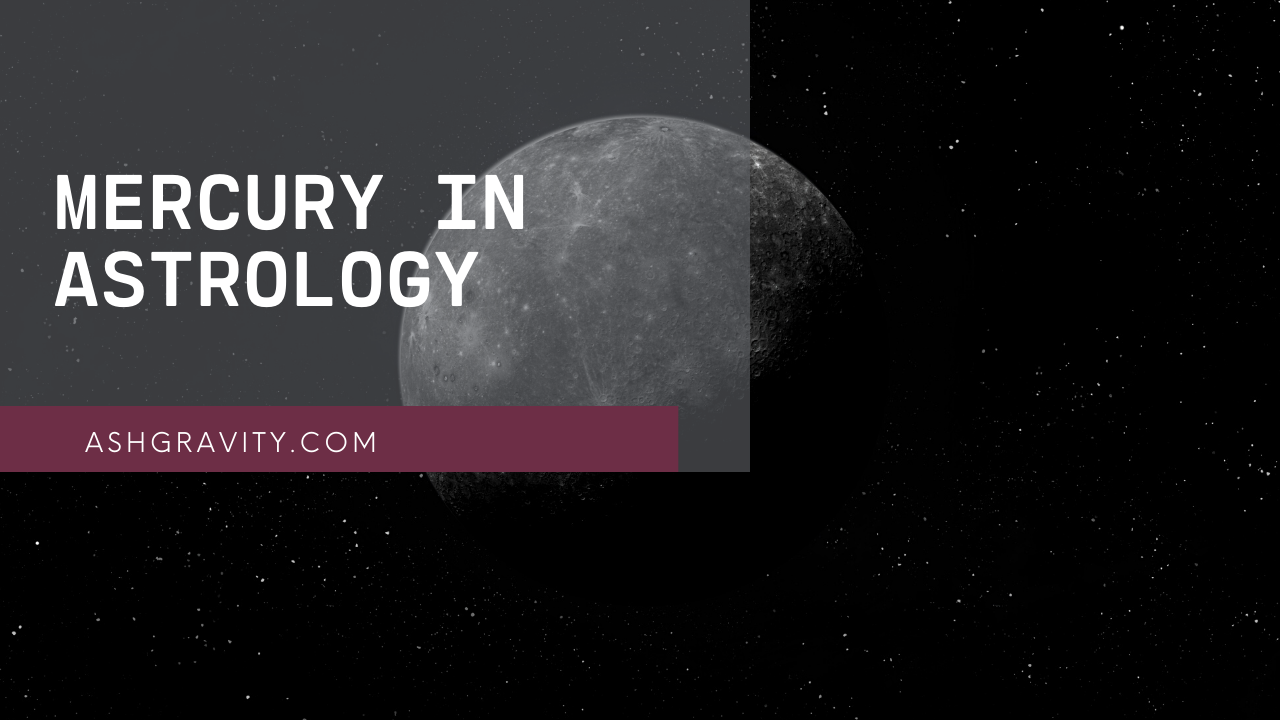 The truth is often larger than any single fact—it works alongside perspective. Otherwise said, truth is relative.

Part of the experience of Mercury is that it changes. We change our mind. Facts of evolve.

While all of the planets have their way of communicating, Mercury is the planet who makes speaking, thinking and processing information their domain.

Mercury is impressionable in that the more information we have, the more complex our thinking becomes. Mercury is difficult to observe thanks to its proximity to the Sun, so in a respect it blends in with the Sun.

It is said that Mercury is also impressionable through its relationship to other planets in your chart. For example a planet conjunct to Mercury will influence that person’s self-expression.

As the closest planet to the sign, Mercury is also the fastest moving planet in the solar system with a highly eccentric, oval orbit. In the order of the planets, Mercury is the planet that stands between the Sun and the other visible planets. Its speed and relationship to the Sun is how it became known as “the Messenger of the Gods.”

Mercury and Venus make up the two inferior planets, meaning they are closer to the Earth than the Sun. When Mercury reaches its closest conjunction with the Earth, or its inferior conjunction, it begins its transit cycle. This happens when Mercury is retrograde in motion, or inside the orbit of the Sun from our perspective on Earth.

As Mercury continues, the distance between Mercury and the Sun increases and the planet becomes visible in the eastern sky—this is when Mercury acts as a morning star or as Dane Rudhyar named it, “Mercury-Prometheus.” The legend of Prometheus is that he stole “fire” from the gods and gave it to man.

After making its appearance as the morning star, Mercury will station and turn direct in motion, moving away from the Sun. As the distance between Mercury and the Sun begins to decrease, the planet appears to descend back towards the horizon until it sets or disappears, ending its morning star phase.

Mercury makes its second or superior conjunction with the Sun while in direct motion and beyond the orbit of the Sun from Earth’s perspective. When it reemerges in its evening star phase it is consided by Rudhyar to be “Mercury-Epimetheus.” Epimetheus was the brother of Prometheus, known for familial roles such as being Pandora’s husband. The distance between Mercury and the Sun decreases to around 15° before stationing, turning retrograde and setting in the western sky.

In Hellenistic Astrology, Mercury is not automatically assigned to either sect, instead they work with the planets assigned to the Sect of the chart. It moves between the Day and the Night sects or teams, or is of service as a messenger for the Sun and the Moon. In the glyph for Mercury, we see the crescent representing the Moon, the circle representing the Sun, and the cross representing dispersal of knowledge—or even the fire of Prometheus as a bridge from God to man.

With both solar and lunar qualities and hidden or seen qualities, Mercury also has a history of being interpreted as androgynous. I see Mercury as a non-binary planet, and use “they” pronouns when referring to Mercury.

mercury in the alchemical tradition

The Greeks put this planet under the rulership of Hermes, the winged messenger of Zeus, psychopomp or guide through the underworld. The Babylonians associated this planet with Nebu, god of scribes (George, 50).

As the messenger of the Gods moving from their position behind the Sun back out and visible to the people of Earth, Mercury is a medium between a visible and invisible world. In this way, Mercury is not only the function of our own mind and the industries of technology and communication, but our ability to receive insight from a higher consciousness or Spirit.

In the Western Alchemical tradition, both the Moon and Mercury are associated with the mind. Mercury rules over the nervous system, while the Moon relates to memory and the brain—but also the stomach. One illustration of this relationship between the Moon and Mercury is through emerging research on the relationship between the brain and the digestive system or the “gut-brain axis.”

“Recent studies suggest that in close interactions with its resident microbes, the gut can influence our basic emotions, our pain sensitivity, and our social interactions, and even guide many of our decisions… The connection is hardwired in the form of anatomical connections between the brain and the gut, and facilitated by biological communication signals carried throughout the bloodstream.” — The Mind-Gut Connection by Emeran Mayer, MD.

The gut has its own nervous system, which if often referred to as the “second brain,” of the human body.

Mercury has the strongest relationship with the four mutable signs, which also speaks to Mercury’s innate ability to move.

MERCURY IN VIRGO IS TO DESTABILIZE. MERCURY IN GEMINI IS TO ARGUE.

Mercury is exalted in Virgo, where its ability to take in information in a grounded way allows it to see many details. Mercury is in its exaltation and domicile in Virgo.

Mercury has its domicile in two signs in astrology, Gemini and Virgo. As the ruler of Gemini, Mercury has a dual-nature, which gives it more of the trickster reputation.

Beyond the Hellenistic and Alchemical traditions, in soul-centered astrology Aries is the soul-centered ruler of Mercury, as Mercury in Aries is the light or spark of consciousness brought down from Spirit and distributed on Earth. We see this symbolized through the Tarot as The Magician.