Aligning Your Energy with Natural Cycles 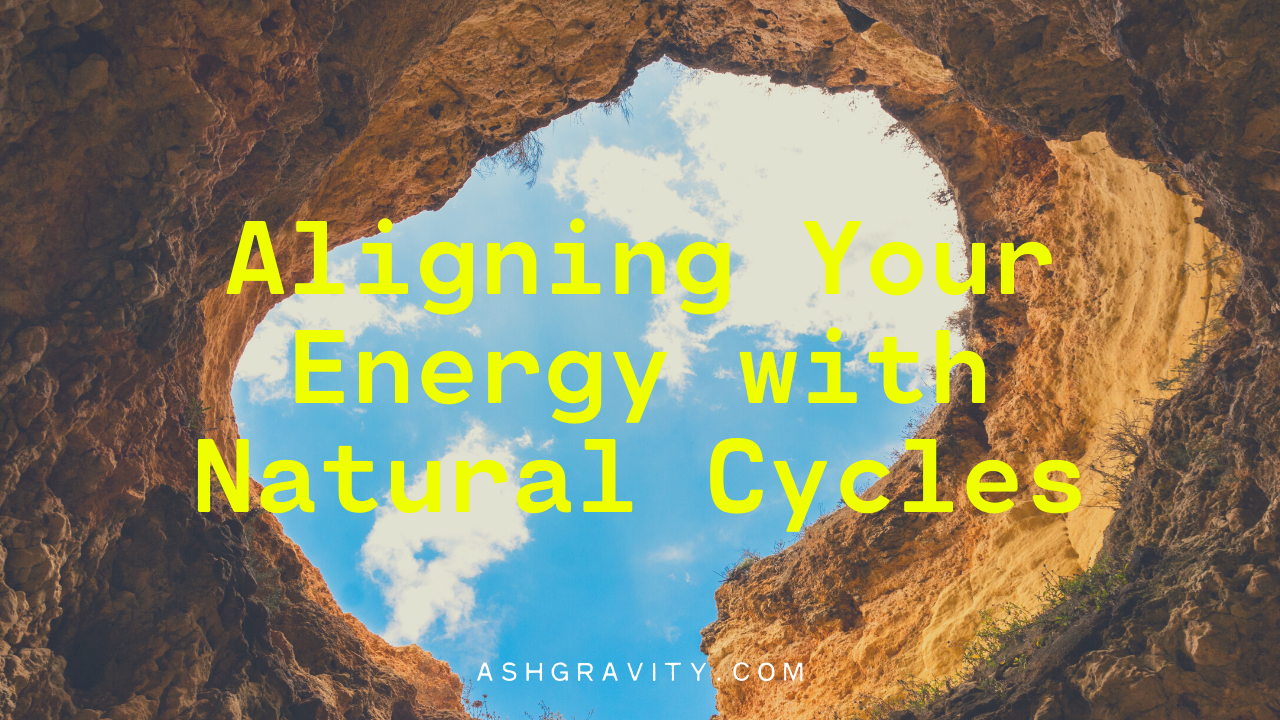 Everything in nature has seasons. These cycles and rhythms were once a major part of guiding how humans used their energy. In our modern society, we tend to expect constant output and growth. We are attracted to new ideas and distractions and are often more uncomfortable with retraction, decay and death. As a result of this and the ongoing demands of capitalism we tend to not honor or value the periods of our lives that take us within ourselves, into the darkness, into the inner knowing.

People who are sensitive and empathic tend to be more aware of the ebbs and flows of their own energy. But what can you do about it? In a world that constantly expects more output with less downtime how can sensitive people thrive? How can empaths manage their energy? 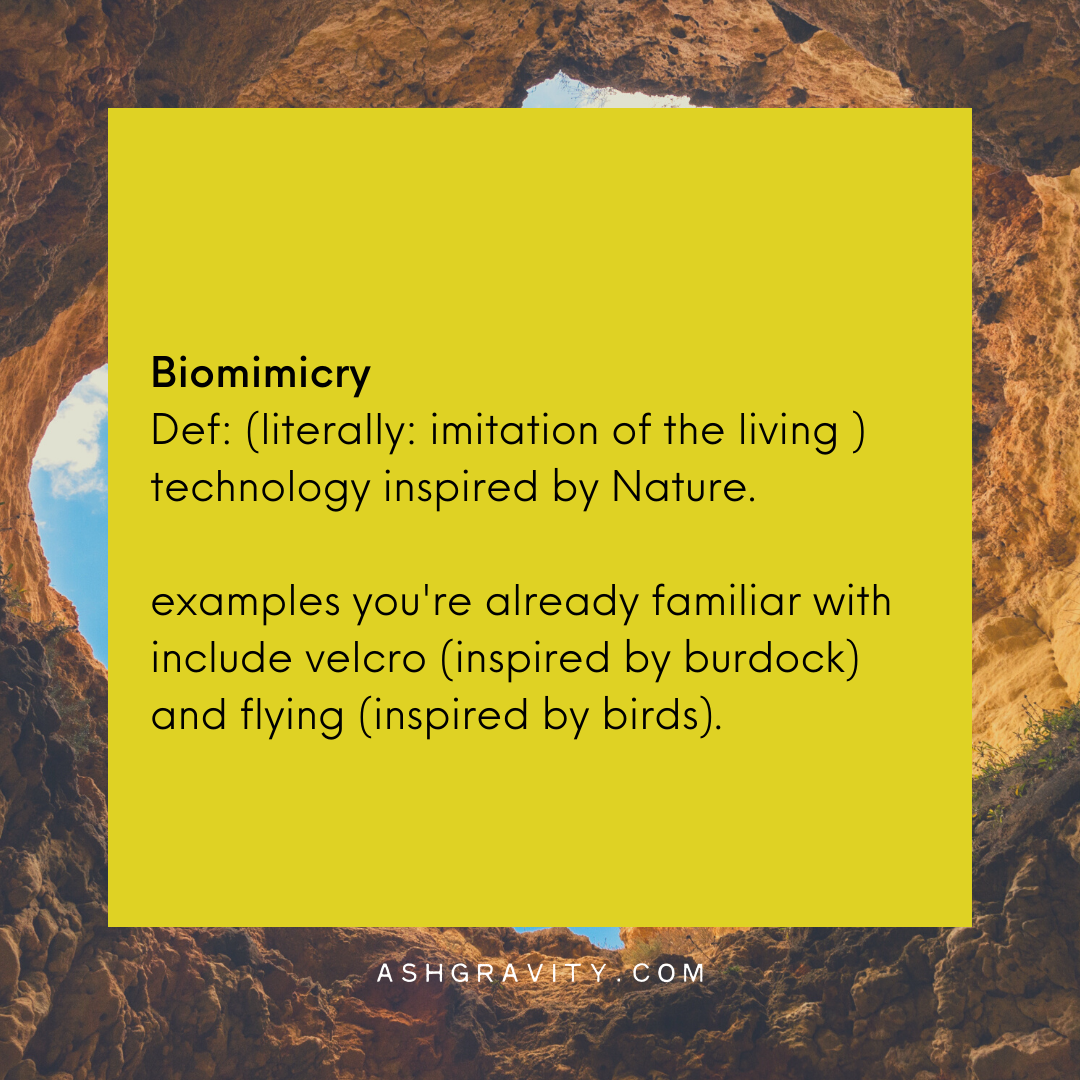 Rather than modeling our expectations and routines off of the values given to us by society, we need to look to the patterns in nature that can show us more sustainable ways of cycling our energy. Before you roll your eyes at the viability of adjusting your life to mimic nature, consider that biomimicry is becoming a leading approach in creating sustainable technical systems for solving complex human problems.

Biomimicry means technology inspired by Nature, and some examples you're already familiar with include velcro (inspired by burdock) and flying (inspired by birds). There are three types of biomimicry: the imitation of shapes, imitations of strategies and mechanisms, and imitation of efficiency. In science, biomimicry is us utilized to help reduce waste.

Reducing wasted energy is incredibly important for sensitive people who process sensory information in different and more intense ways than other people do. We use our energy differently and often work better in cycles and phases that prioritize rest and replenishment equally to growth and output.

There are many cyclical systems in nature, including lunar, carbon and water cycles and the passing of seasons. Natural systems go through periods of decline and decay as well as restoration and regeneration.  These cycles aren't just for fun—they're literally necessary to sustaining life on Earth. While there is a constant and ongoing exchange of elements between air, earth, water, plants and animals, there are also different forms and shapes that are taken throughout these cyclical processes.

The Life Cycles informs the different stages of life forms. In biology the life cycles is a series of changes that the members of a species undergo as they pass from the beginning of a developmental stage to the inception of that stage in a subsequent generation. Humans evolve from a fetus to baby, then child into adolescent, and from an adult into an elder. When we look at these individual stages we can see that our needs change in each stage. But as humans we experience smaller cycles of change throughout a week or month. You could break each of these stages down into smaller sub-stages. Over your life you experience different times where there is a focus of energy. From an astrologer's perspective, we refer to these different stages of life as transits—moments of time where you experience a certain set of experiences and needs in response to those experiences. Through these transits you grow and develop into another cycle.

When we look to the life cycle of plants, we see similar stages to that of a human. Fruiting plants many stages, from seed to plant, to tree, bud, flowers and fruit. There are many different life cycles that exist in nature, including the fascinating alternating generations in moss and other plants.

Cycles also shape the three main forms of rocks:  sedimentary, igneous, and metamorphic. Many of the rocks found on Earth are ancient and have shapeshifted over millions of years. The rocks that exist on the surface of landscapes give us clues to what cycles occurred throughout the history of the Earth. The rock cycle is a great example of how cycles expand far beyond what we know as humans. We can see how ancient history shapes not only our planet but the people through concepts like intergenerational and historical trauma.

"Cumulative emotional and psychological wounding across generations including one's own lifespan because everything up to a minute ago is history... I'm talking about everything up to the present... the idea was to ground it in the past in the context because that destigmatizes for people, gives people a frame... look what's happened to our people... the grief and trauma carries on." — Marie Yellow Horse Brave-Heart, Ph. D. on her definition of historical trauma

Water also has three distinct phases in its cycle: liquid, solid and vapor . Even though water is always in flux and moving, it is also very ancient. All of the water that exists here on Earth is all the water that has ever been on the planet—making it millions of years old. Earth scientists believe that the first life on Earth arose in the ocean at least 35 billion years ago, making Earth's water an ancient Mother.

Photosynthesis began more than 2.5 billion years ago—the Great Oxidation Event. These early life forms evolved and diversified into the myriad organisms that exist today. But it took hundreds of millions of years for enough oxygen to build up in the atmosphere and ocean to support complex life.

Phases of the Moon

The Moon has a special relationship to water, as it is the gravitational pull of the Moon that creates the high and low tides in the ocean.

Do you know how it feels to look up in the sky and see a bright, beautiful Moon shining back at you? When the Moon is brighter and fuller, we tend to feel brighter and fuller. You might want to stay up later and feel like you can get more done. Things that seemed unclear at the beginning of the Moon cycle might have new clarity, and you might feel more optimistic or simply more of whatever it is you’re already feeling.

When the Moon is darker and thinner—or appears to be missing entirely, you might have lower energy and have less clarity. Your thoughts might feel darker and you might feel like you need more rest.

When the little sliver of the Moon reappears in the sky you’ll know that it’s a New Moon cycle beginning. As the Moon fills brighter each night, you might notice that energy expands.

This happens because the Moon actually has no light of its own—its job is to reflect the light of the Sun to Earth. The Moon cycles through 8 phases every 28 days. This is a natural rhythm of life. While a Gregorian calendar shows each month lasting 30-31 days, we can mark our own “moonths” beginning on the New Moon and ending on the next New Moon.

Discover Your Personal Rhythm with the Moon 🌕

Have you ever caught yourself saying this when you're feeling some kind of way? If you are a sensitive person you might be more aware of the energetic shifts created by the moon every few days.

What would happen if you were intentional about tracking your moon moods? 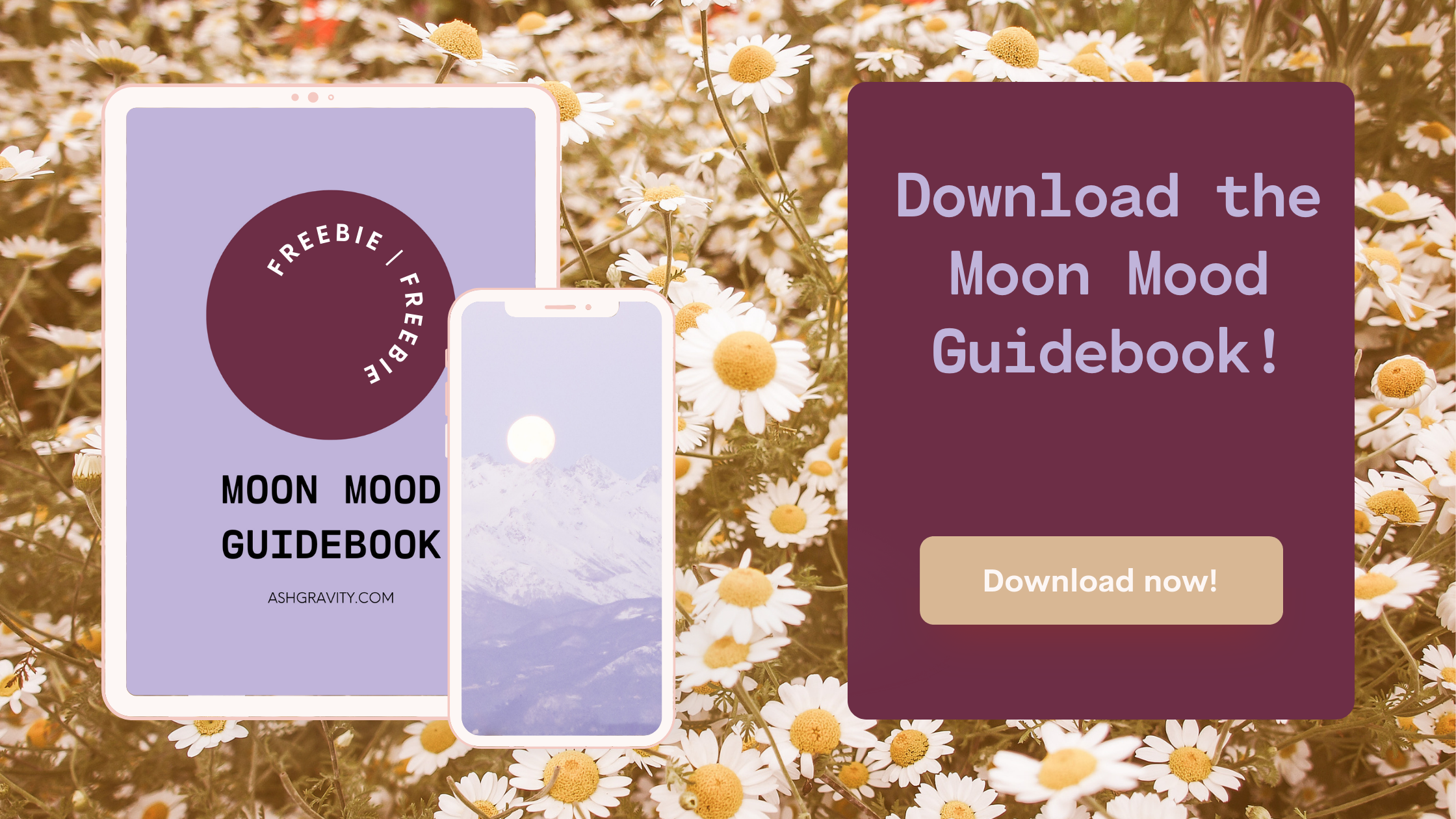