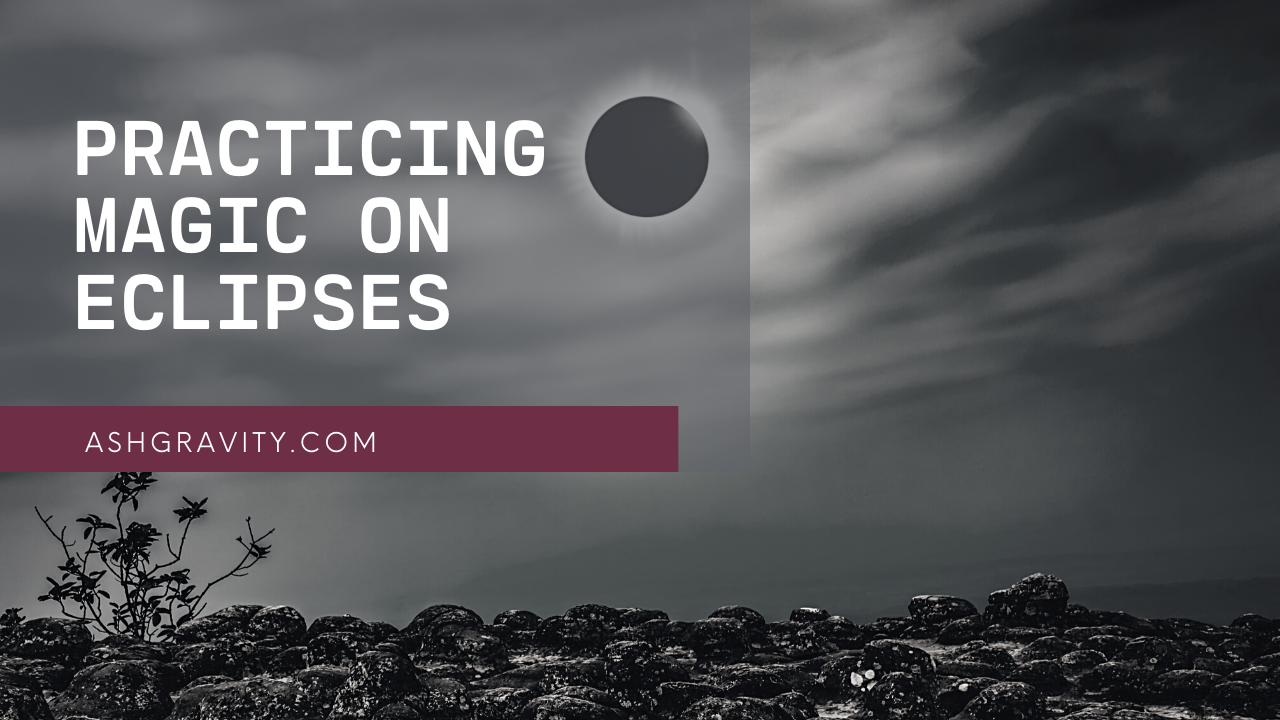 On November 30 at 3:29 AM CT we have a lunar eclipse in Gemini. Intention setting and reflecting is a powerful practice, but eclipses bring a different flavor.

It's been said that rulers of kingdoms rise, fall and die at eclipses. It begs us to ask the question, is it wise to practice magic and set intentions under this energy?

In this episode of Gravity Hour I discuss practicing magic or setting intentions on eclipses. Why has this been discouraged by people who practice astrological magic? What wisdom can we glean from ancient or traditional perspectives on eclipses?

This energy is more aligned for reflecting and releasing than building something new.

At this eclipse, the intersection of the past and the future forces a decision point. Practical action must be taken now and while the future is uncertain, in this moment we find it more difficult to imagine the multiple avenues the future may hold. With Mercury at 29° Scorpio we are at an important communication crisis point.

For the next two weeks we know that something new is on the way but we just can’t see it yet. In these final moments before the change we are asked to go to the places that scare us. We must think about what we would rather ignore. What you are asked to release at this time is a gateway to what comes next, even if you cannot see it now.

Look back to what you released around June 5, 2020, for a clue to the invitations of this eclipse. This was the beginning of the Sagittarius-Gemini eclipse cycle, which continues through the end of 2021. People with placements in Gemini or Sagittarius will be especially impacted, especially if they are near 8° of either sign.

what is the difference between a solar and lunar eclipse? what is an eclipse?

There are a few different kinds of lunar eclipses. A total lunar eclipse is when the Sun, Moon and Earth are in perfect alignment and the Moon falls in the earth’s umbral shadow, turning the moon red or sometimes even darker, like black.

A partial lunar eclipse is when the earth, moon and sun are not perfectly aligned, so only part of the moon passes into earth’s umbral shadow. This is where we can see a partial shadow cast onto the moon.

A penumbral lunar eclipse occurs when the moon passes through the earth’s penumbral shadow. This is the most subtle, making the moon appear just slightly darker. This is the eclipse that we are having on November 30, 2020.

A solar eclipse occurs when the moon stands between the Sun and earth, cutting off the light of the Sun. This is what we typically think of when we use the word “eclipse,” with the moon covering the Sun. Eclipses always arrive in pairs, coinciding with new moon and full moons, as solar and lunar eclipses, respectively.

They appear in a family of signs that are joined on the same axis. Said another way, eclipse families come in pairs of signs that are found exactly opposite each other (six months apart) on the horoscope wheel.

You can easily access a calendar of past and upcoming eclipses here.

A family of signs will keep occurring in pairs, coinciding with new moons and full moons, every five and a half months for 18 to 24 months, until they are done. At that point, your transformation will be complete. Once a family of signs is finished, it will not be back for about seven or eight years.

should you practice magic on an eclipse?

It is not recommended because you are trying to ignite your intention on a day when the light or animating force is temporarily cut off from the earth. That doesn’t mean you can’t use an eclipse for magical work: ending or completing something, releasing a habit, inner work/reflection

Want to look at where the eclipse is happening in your own chart. You can do this by finding the houses that are ruled by Gemini and Sagittarius.

what happens if you practice magic on an eclipse?

I once cast a big spell on an eclipse when I was first practicing magic. I made a list of all of these things that I wanted. It was like an all-day spell with a lot of intention behind it. Pretty much everything I wanted to happen came true, including that I wanted to travel a lot. In the year after I cast that spell I traveled constantly. I was taking quick trips for work or pleasure every month. And in the process I discovered that I actually did not want this. In 2011-2012, I became really enamored with the idea of becoming a digital nomad. And right when I had this opening to pursue this dream, I actually really valued having a stable home base. This thing that I thought that I wanted was actually not something I wanted.

I think that this is a good general story about casting spells and practicing magic in general. From this I learned to ask for what is in my highest and best more than just generally asking for things I thought I wanted or needed. Rather than trying to control the outcome of the intentions I set, I learned that the best way to practice magic is release control and recognize that I might have idea about what I think is best for me or the world or my environment that is not based in the reality of who I am and what I cam here to do in this lifetime. And that’s okay. I don’t always have to know.

What about you? Have you ever cast a spell on an eclipse?